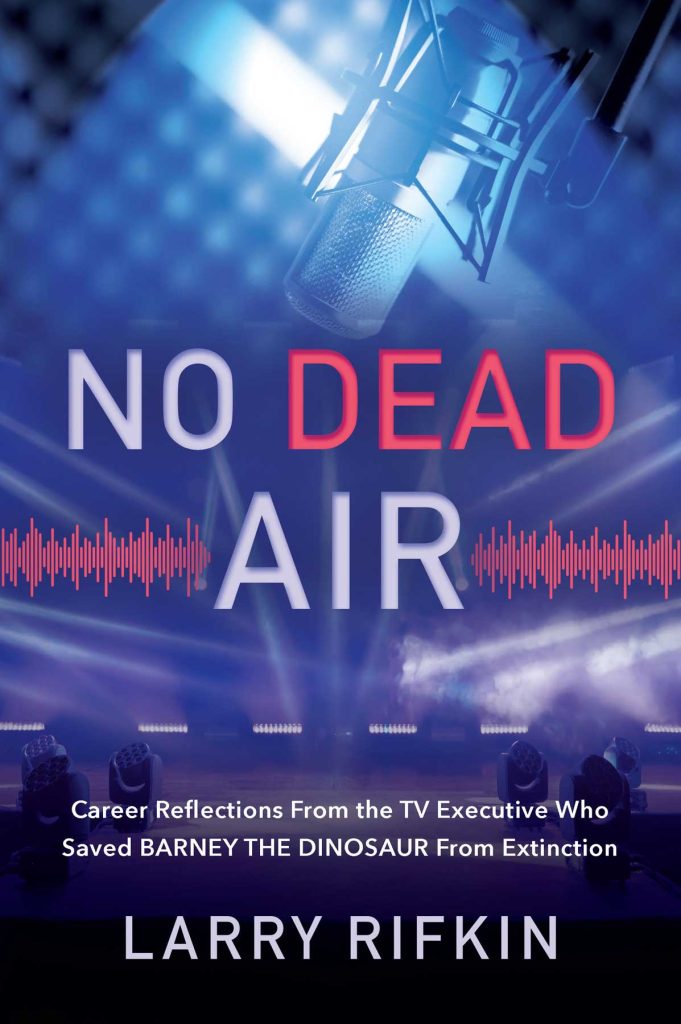 Best known for his nearly thirty years as programming chief for Connecticut Public Television, Rifkin was inducted into the Boston/New England Silver Circle in 2006 by the region’s chapter of NATAS, the organization that awards Emmys, in recognition of lifetime achievement in the industry.

In his new book, ‘No Dead Air’, Rifkin reflects on an improbable career that spawned two groundbreaking hits, ‘Barney & Friends’ and ‘UConn Women’s Basketball’. Each of these properties provided the impetus for changes in the industry. The first led to much more pre-school programming on television and the other catapulted women’s sports on the small screen.

While national programming solidified Rifkin’s reputation as a rainmaker, his career and much of the book portrays a man committed to enriching audiences in his home state of Connecticut. His story is a testament to the fact that his career in public television gave him the opportunity to stay at home and yet have a national impact.

The book details those moments hoping to inspire a person in broadcasting and other pursuits, for that matter, to recognize that there is more than one path to a goal.

He shares his story and unique insights into the PBS system and touches upon the many changes his has seen in the broadcasting industry over the span of his career.

Rifkin, comfortable on the air and as an executive, describes what motivated him even as his most recognized achievement to national audiences, ‘Barney & Friends’, was threatened with cancellation just as it premiered on PBS in April, 1992. Thus the sub-title of the book, ‘Career Reflections from the TV Executive Who Saved Barney the Dinosaur from Extinction’.

Celebrity tales abound in this volume including stories about his work with Carole King, Charlton Heston, Alan Alda, Ringo, Geno Auriemma and many others.

The book is distributed through Kindle Direct Publishing and available on Amazon as a paperback or e-book.

He now hosts the podcast, americatrendspodcast.com, where he looks at changes in our society and our politics. He is approaching 500 episodes recorded.